#LoveOzYAbookclub – May 2016 Discussion Post: Clancy of the Undertow (Chris Currie)

#LoveOzYAbookclub – May 2016 Discussion Post: Clancy of the Undertow (Chris Currie)

How did you all go with CLANCY OF THE UNDERTOW?  I found the directness of the prose wove its own magic, and although it took me a few pages to sink into Clancy’s scratchy, raw personality, I was truly converted within a few chapters.

It’s kind of fascinating to see where writers leap off, from an original idea into a full-blown novel.  Chris Currie has offered this link to Stop and Go Man, the story he wrote (that was later featured in Kill Your Darlings journal) that provided the jumping-off point for his development of CLANCY – and you can see the tone is already set, even though some of the details may have changed. 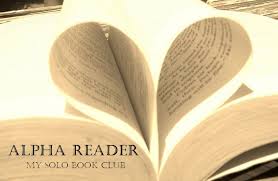 Danielle Binks, in her review of CLANCY on Alphareader, suggested that, ‘There’s a sense when reading Clancy’s turbulent year, that we’re witnessing a young woman being forged in flames here’, and applauds Chris Currie for venturing into ‘morally-complex YA’ territory – you can read the rest of that review here.

So what did you think of this month’s book?  Were you as caught up in the magic as I was?  Share your comments down below, or on the Facebook thread…and I’ll drop by again soon, to announce the new title for the coming month!