Excuse me for being a bit late – I’ve been crook – but I’m glad I managed to get this interview in front of you before the end of the month! Our discussion post for WRECK will be going up late this week, but it’ll work out okay because everything slows down in the lead up to Christmas: as is my wont, I’ll be scheduling a title for December2017-January2018 that will take us through the end of the year and into the New Year.

I’d like to say thanks so much to Fleur Ferris for visiting with us today, and answering our crazy bookclub questions. Fleur grew up in Patchewollock, a rather isolated spot in north-west Victoria (near Ouyen) and then moved around a lot, pursuing careers in the police force and as a paramedic. Her first book, RISK, took the Australian book charts by storm on its release in 2015. It went on to win two categories (YA and Debut) in the 2016 Davitt Awards, and the Australian Family Therapists’ Award for Children’s Literature, as well as being listed for the YABBAs and the Indie Book Awards.

Fleur’s second book, BLACK, and the book we’re reading, WRECK, have been favourites with Australian librarians and readers. Fleur now lives on a rice farm in southern NSW with her husband and three children. Read on to find out more about Fleur’s best defence in a zombie apocalypse, her fave writing book, and which horror movie she would inflict on her friends…

“There are two things I know right now: one is that a guy is holding a gun to my head, the other is that I don’t want to die.” The sky so heavy by Claire Zorn.

This line hooked me in the shop. I stumble-read my way to the counter and gave them my money.

I’m terrified of zombies so I’d fight them from a distance. I’d choose a Eurofighter Typhoon which is a twin-engine canard-delta wing, multirole fighter. I’d strike with bombs and then fly away to a zombie free island just in case any survived.

Save the cat by Blake Snyder.

It’s a screenwriting book, but it helped me with novel writing too. 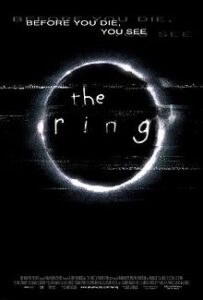 It’s an oldie but a goodie. I still remember the tagline: Before you die, you see. And then you watch it and YOU SEE. OMG. I was certain I was going to die and I sat on the sofa in the dark for ages, too scared to move.

It’s called Wreck: Sink or swim. This ride/game goes for 24 hours and you need ten people to play. There’d be a luxury yacht, Land and Sea, which sleeps 10, in the middle of a pretend ocean. Holograms would make you only see beautiful calm water and sunny skies. They have full gourmet catering and bar. Party time! But then a storm brews and as it intensifies the people have to make decisions about what to do, call a rescue chopper or head for calmer waters. Of course the chopper can’t fly in the storm and the boat hits a reef and rolls onto its side and sinking is imminent. The intensity of the storm increases to a stupid level and makes it really challenging to release and then get to life boats or rafts. The aim of the game to see if the people can make it out alive.

Thanks Fleur, remind me not to go on a luxury cruise with you, lol…and thank you all for reading! See you round for the WRECK discussion post, coming soon.