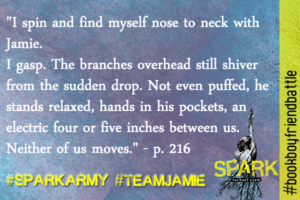 A couple of things for me personally: 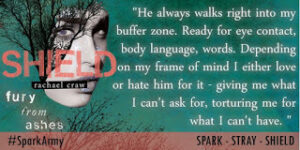 If you’d like to read on after SPARK, the rest of the trilogy is STRAY and SHIELD. There’s also a prequel short story called BLACK ROOM, which looks good (I haven’t read it yet – tell me what it’s like!).

I also discovered this post by the SPARK cover designer, Amy Daoud, about the process of creating the cover image, which I found really fascinating! 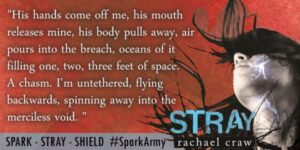 I really hope you enjoyed SPARK as this month’s bookclub read! Please feel free to comment on the discussion post on the FB group page thread, or you can leave a comment here. If you’re time-poor, you can leave a 1-5 Star quickie review in either place.

Keep your ears to the ground for next month’s #LoveOzYAbookclub title – I’ll be announcing it soon!