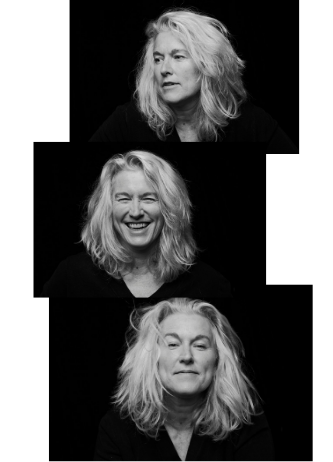 Ellie Marney is an award-winning YA crime author who has gone behind the scenes at the Westminster Mortuary in London and interviewed forensic autopsy specialists around the world in pursuit of just the right gory details. She may or may not know how to commit the perfect murder. Her titles include None Shall Sleep, the Every trilogy, No Limits, White Night and the Circus Hearts series. She has lived in Indonesia, India and Singapore, and is now based in Australia with her partner and their four sons.

Ellie has been involved in the creation of the national campaign called #LoveOzYA to promote and advocate for Australian YA literature. She contributed to the critically-acclaimed Begin End Begin: A #LoveOzYA Anthology, and co-runs the popular #LoveOzYAbookclub online. She also co-coordinates an online info-sharing group for Australian women self-publishers. She teaches writing and publishing through Writers Victoria, advocates for Australian women’s writing as a Stella Ambassador in schools, and is a regular speaker at festivals and events.

I grew up in Queensland, Australia – and yes, I was always the reading kid. And sometimes the writing kid. In Year 6 I wrote an elaborate fantasy novel about a princess and a race of elves and a crystal…yeah, obviously a little high on Tolkien and David Eddings at that point. In high school I used to read while walking – to class, and pretty much everywhere else – so I’m probably lucky I didn’t fall down a flight of stairs or something.

Before I had all my babies I lived in other countries too, so I can speak Indonesian and I know how to barter like a Singaporean, and I can order chai for five people in Hindi. I once spent five months training yoga six hours a day, six days a week – I was so fit I had a six-pack. Sadly, those days are gone, but now I get to write for hours every day, so I think it’s a pretty good trade-off.

I moved to Melbourne in 1993, to apply to film school. I quickly figured out that I just wasn’t cut-throat enough to work in film, but I fell in love with Melbourne and met my future partner there. We ditched Melbourne for years of running about overseas, where I worked as a teacher and lived in a rural part of West Sumatra for a long time and adapted to eating vast amounts of chilli. I kept journals, which are incredibly embarrassing and unbelievable to read through now. In Padang, I jumped off my bike to punch a guy who was hassling me through the passenger window of his SUV in slow-moving traffic…all the crazy stuff I did, omg!

Now I write, and I could sit and do that *all day* but I have to do other stuff as well. I read a lot (you gotta read a lot), and I live in country Victoria. I try not to be a forgetful parent and partner, and I occasionally do stuff in my garden. I still teach high school, and sometimes I talk about books at libraries and schools and events – because I could talk about books endlessly, so it seems like a miracle that people actually want to put a mic in my hand and listen. I still do crazy stuff sometimes too, and I can run a chainsaw and shoot a rifle (an air rifle, come on) – so, y’know, duck. I like mangoes, and avocado on toast, and galahs, and night jasmine, and jumping in the dam on a hot night. And I like that you read all this, so thank you! I like you too.