“Looking Back, Looking Forward”: Notes from the Teenage Underground and LoveOzYA

Home/#LoveOzYAbookclub/“Looking Back, Looking Forward”: Notes from the Teenage Underground and LoveOzYA
Previous Next

“Looking Back, Looking Forward”: Notes from the Teenage Underground and LoveOzYA 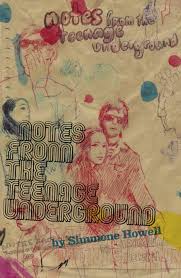 It’s nearly upon us: that time when we add our thoughts and comments to the discussion thread about this month’s book.  Usually I ask authors to either answer Five Messy Questions, or participate in a Facebook chat (which I’m still getting the hang of, you might have noticed).  This month, with our book NOTES FROM THE TEENAGE UNDERGROUND, I thought we’d have a bit of a break from normal programming.

Instead of one of our usual interactions, I asked Simmone if she would be kind enough to contribute something personal – in light of the fact that NOTES was published in 2006, which is a long time ago in YA terms, I asked if she’d like to write a little bit about the book, on the theme of ‘looking back’.  I actually interrupted her in the middle of a writing retreat, when I rang to ask her – sorry, Simmone!  So I’m very grateful she agreed to write down some recollections for us.

Reading over Simmone’s reply, I realised that the history of NOTES is actually bound up in the history of OzYA – NOTES was the first ever Gold Inky award winner.  Considering that the Inky Awards are celebrating their 10th anniversary this year, I thought it might also be good to ask Lili Wilkinson to give us a few words as well – Lili was the person who actually got the Inkys started, when she was with the Centre for Youth Literature.  Again, the stars aligned, and Lili didn’t tell me to rack off when I hit her up at the last minute for a few thoughts on NOTES and the Inkys background.

Thank you, Simmone, and thanks to Lili, too, for being so generous of your time (at such short notice) and words!  I feel very lucky to be sharing this with you all today.

So, without further ado, some thoughts on Notes from the Teenage Underground:

“I started writing it after returning home from living overseas. It began as a response to Melvin Burgess’s Doing It (about four teenage boys losing their virginity) and then turned into something else. I wrote it over four years in between study and menial jobs and the first draft anyone saw was only 42,000 words and ended with a violent paintball/’happening’, then a naked dip in the river for Gem, Lo and Mira.”

“My influences were books like Rats Saw God by Rob Thomas, Gingerbread by Rachel Cohn, The Basic Eight by Daniel Handler and Girl by Blake Nelson – all books I still adore.”

“I can still remember the call from my agent – she did the beautiful cliche of asking if I was sitting down and then she asked me if I was planning on sending my kid to private school (1. he was still in my womb at that stage 2. I wasn’t). She proceeded to tell me she’d sold the book into four territories and the offers were still coming in. It was very exciting.”

“Obviously YA existed in 2006, but it wasn’t quite the THING it is now. This was post Harry Potter – Twilight just taking off. I remember sending an email to John Green (Looking for Alaska had just won the Printz and he wasn’t a THING yet either). He replied and was v. nice and answered my dorky questions!”

“In the editing process, Notes stacked on 20,000 words and two new characters, and the Andy Warholness coalesced – before then, the manuscript had just been a mess of random pop art references, but during the edit I learned how much of them were core to character and story. The things that didn’t make it to final print were more overtly sexual or druggy – but I think the sex and drugs left in probably wouldn’t be acceptable in today’s publishing climate ….”

“I think the result of YA being a THING is that there are less unconventional books being published – and even as I write my fourth novel I struggle with second-guessing what I think marketers or gatekeepers or yes, even readers might say. I think ultimately Notes was really written for me, because I never really knew if anyone would read it. It gave me my career. It won the Victorian Premier’s Prize and the first Gold Inky. It’s the only book of mine that’s made it onto a CBCA list, and as a result it’s been in more libraries and schools than my other babies. Sometimes I feel bittersweet about it, because I don’t know if I’ll ever write with that freedom again. (But I am trying to.)” 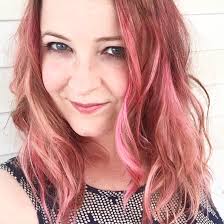 “The Inky Awards was designed to celebrate all the books that teenagers read – both from overseas and at home, which is why we created the Silver Inky for international titles and the Gold Inky for Australian books.”

“That first Inky Awards in 2007 was so exciting – watching the votes roll in from all over the country. And I was thrilled when Notes from the Teenage Underground won, it was a book I adored. At that time, the trend for Australian YA was very much based in country towns and outer urban areas, and Notes felt so fresh, I felt like I knew those girls, as well as I knew the city they were exploring.”

“The Gold Inky winners over the years have painted such an amazing picture of the diversity of Australian writing – from Notes, to James Roy’s Town, to Randa Abdel-Fattah’s Where the Streets Had a Name, to Will Kostakis’s The First Third – and all the others of course.

But those grungy, anti-establishment girls in Notes from the Teenage Underground will always have a special place in my heart.”

Thank you again, to Simmone and Lili, and thank you all for reading.  Our discussion post on NOTES FROM THE TEENAGE UNDERGROUND will go up tomorrow.